Venison has a great long-term future, say venison marketers. They predict a steady recovery in prices to farmers in the next 12 months.

Speaking to the NZDFA branch chairs Zoom meeting last Tuesday, they said the immediate outlook – during the current game season – is looking positive. In Europe, a recovery is underway, with demand returning both at retail and food service. Also supplies of wild boar, a game meat that competes for sales with frozen venison, have been decimated by the African swine fever epidemic.

Despite these good omens, the five venison companies and Deer Industry NZ (DINZ) are driving a major shift in sales of frozen venison away from the European game meat trade to non-traditional markets and market segments. Creating demand for venison in the United States and China is a major focus.

Gerard Hickey, deputy chair of the DINZ board and managing director of First Light Foods, says success in the US and China will – together with Europe – provide the industry with three major potential markets to negotiate with when marketing frozen venison.

“This promises to provide greater year-round price stability, higher average prices and more opportunities to add value. This won’t happen overnight, but it is happening.

“Farmers can expect to see prices steadily increase over the next 12 months as traditional markets recover and new markets bear fruit.”

The need to develop new markets was highlighted by the Covid pandemic which revealed how reliant the venison industry is on sales to restaurants and hospitality. In the case of premium chilled cuts, this is not a long-term concern as demand is spread across many market sectors and will recover as the world finds ways to live with Covid.

Of greater fundamental concern is the exposure venison producers have to fluctuations in demand for frozen venison from the volatile game meat market in Europe. This trade is an important outlet, but is extremely price-sensitive and has a preference for local wild game, such as wild boar.

DINZ venison marketing manager Nick Taylor says the development of retail demand in the United States is looking promising. Good progress is being made and this is now expected to accelerate.

“We’ve been working on US retail for only 12 months and for much of that time Covid lockdowns have prevented marketers from accessing stores for promotions and face-to-face meetings with customers.

“Farm raised venison is now being actively promoted to consumers in retail stores and on new on-line sales platforms. The companies have generally started with ground or minced venison because it’s a good gateway product – a format that consumers are familiar with. Once consumers are confident with ground, they will often move on to higher value products like medallions.”

Dave Courtney of Silver Fern Farms says it has doubled the number of stores stocking its venison range in the last 12 months and are aiming for over 1,000 outlets for retail products in the year ahead.

Gerard Hickey says First Light Foods has followed-up on its successful launch of ground venison in the US with higher value products such as venison meat balls, medallions and steaks with Lewis Road butter.

Mountain River Venison, which is working in the US with Force of Nature, a retail game meat supplier, is catering for an American awareness of Elk as a quality meat. Marketing manager John Sadler says their retail sales of ground NZ elk/wapiti are outselling venison from red deer, by two to one.

Alliance Group Limited – one of three venison companies licensed to export to China – has developed a range of products suitable for Chinese cuisine styles. In the case of its venison roll a special recipe has been developed to ensure the venison keeps its colour and doesn’t go brown when it is carved.

The work by DINZ and marketers in China has focussed on building a deeper understanding of where venison best fits in certain Chinese cuisines. This information is then shared with all major NZ venison marketers.

“Earlier this year we completed some intensive recipe development work, marrying cuts of venison to Chinese cuisine styles. These cuts are not necessarily the ones westerners are familiar with – success in China means producing cuts and packaging them specifically for the China market,” says Taylor.

“These cuts and recipes are now being trialled in real restaurant settings. Two restaurant groups – Lei Garden and Gaga – are already participating, with two more chains to be added shortly,” Taylor says.

Duncan New Zealand executive chair Andrew Duncan says the focus of all venison marketers is on developing high paying markets. He says he would be disappointed if in a year this was not reflected in higher venison prices to farmers. 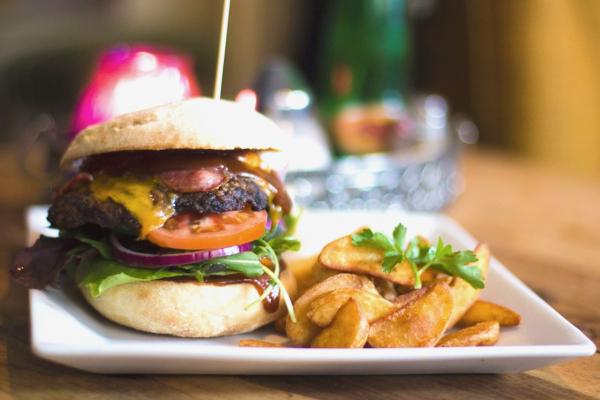 An enduring love of burgers in the US means ground venison is a good gateway product for this market.