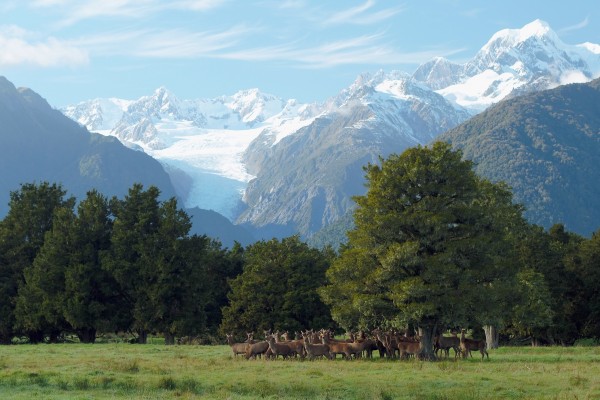 In 1970 a farming revolution began at Rahana Station in the central North Island when the NZ Government issued the first licence to farm deer.

Why? Many early deer farmers were recreational hunters. They knew there were markets eager to buy venison and velvet antler. It made good business sense to produce these sought-after products on farms, where product quality and supply could be assured.

But there was something more. The deer difference. These pioneer deer farmers had a passion for these beautiful, free-running animals. Capturing them in the mountains and learning to farm them was exciting and rewarding.

Excitement and passion for deer and their wonderful products are still the main reasons people farm deer today. Although NZ deer have now been bred on farms for many generations and are easy to handle, they retain the majesty of their wild ancestors. They are great to work with, or to simply observe, in a free-range farming environment. 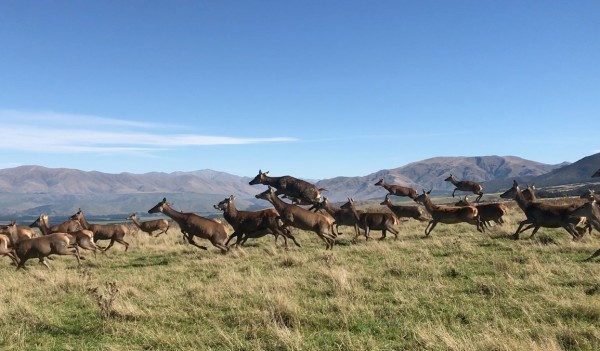 Hinds letting off some steam. Deer are fascinating animals that are great to farm.

So much about deer is unique. They are not large sheep or small cattle. Unlike sheep, deer rarely have twins. They are highly seasonal in their growth and breeding cycles.

Deer evolved to be browsers, rather than grazers, living in areas of mixed woodland and grassland. Deer farmers recognise this natural preference. Most farmers provide their deer with quality legume and grass pastures in a setting where there are trees or other natural cover for shelter, shade and normal herd interactions.

As a very social animal, deer adapt well to being managed in large groups.

Venison is lean, lower in fat than skinless chicken and high in iron, with a good balance of Omega-3 fatty acids. It is an extremely healthy source of protein.

A stag in velvet antler. Antlers are a key aspect of the deer ‘difference’ that appeals to many

Antlers are a characteristic of male deer that has great appeal to many and is a big drawcard for people wanting to farm deer. Deer antler is the only mammalian tissue that sheds and regrows each year. Velvet antler humanely removed from red and elk/wapiti deer at a specific stage in its growth cycle is, along with ginseng, one of the most highly prized ingredients in Asian medicine.

Back to The deer difference