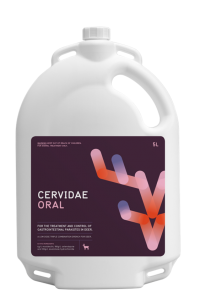 The article “First triple active oral drench for deer” pertaining to the launch of Cervidae Oral, published in the Deer Industry News issue 109,  August/September 2021, pp20-21 contained an error regarding the efficacy of Cervidae Oral against lungworm.

The article stated: “According to Mr Lawrence, Cervidae Oral proved 98.5% effective in targeting lungworm and gut worm Ostertagia (the two parasites killing deer) on both farms.”

The error is deeply regretted, and we apologise to Mr Lawrence for the misquote and to the deer industry for any confusion this may have caused.