Individual deer farmers and vets need to have their say on the new draft Deer Code of Welfare which has been released for public consultation, says DINZ general manager Rob Gregory.

Work on the new draft Code has been completed by the National Animal Welfare Advisory Committee (NAWAC) and public consultation will be open for the next few weeks.

Gregory is urging farmers and vets to have their say on the draft to add their voices to DINZ’s own submission. 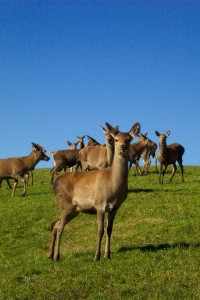 ”Anyone in New Zealand can have their say on the draft Code,” notes Gregory.

“Public consultation means that anyone in New Zealand can have their say on the draft Code, regardless of whether they know anything about deer farming or not,” he says.

“That is why we need as many deer farmers and vets as possible to support it, by making a submission, so that the final document remains practical and achievable for the industry, both now and into the future.”

Submissions don’t need to be lengthy or detailed. Just a few lines endorsing what the working group have developed will be useful. However, NAWAC is also interested to hear about any areas of the draft Code that farmers and deer vets particularly agree or disagree with, especially if these are supported with practical or scientific evidence.

As with other Codes of Welfare, the draft Deer Code of Welfare covers all of the Five Freedoms, including feed and water, body condition score, shade and shelter, and animal health and has a particular focus on encouraging positive behaviour, “something that the extensive nature of New Zealand deer farms lend themselves to with ease,” says Gregory.

“Given this is something that affects every deer farmer in the country, big or small, we can’t afford not to let our views be known.”

Find out more and make a submission>>