Well-known deer vet and Advance Party facilitator Ginny Dodunski has been honoured by her peers in the veterinary profession.

Dodunski was the recipient of the Alan Baldry Award by the NZ Veterinary Association’s Sheep and Beef Cattle Society in recognition of her significant contribution to the industry. The presentation was made at the NZVA conference in Christchurch in June.

Ginny has been at the Totally Vets Taumarunui clinic since 2014 and since her graduation from Massey in 1999 has developed strong skills in agricultural extension and an interest in on-farm trials – something her Waipa AP group have been benefitting from in recent years. 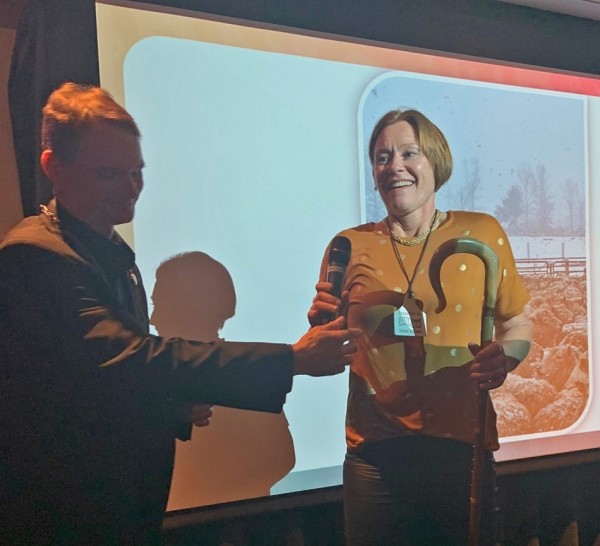