NZDFA Branch Chairs and AGM: The good, the bad and the covid | Issue 178


Over 40 NZDFA Branch Chairs, New Faces, DINZ Board members and staff gathered in Wellington over 24 and 25 May for the NZDFA’s regular get togethers for Branch Chairs and the Annual General Meeting that are usually associated with the May industry conference.

While an early decision to cancel the industry conference had been made, subsequent relaxing of restrictions on travel and social gathering prompted the Executive Committee to hold NZDFA meetings in person.

The Branch Chairs meeting was particularly well attended with many not having met since the Invercargill conference last year.  Unsurprisingly, while the growing season had been hugely variable across the country, all branches shared similar concerns, principally:

i) The waves of government regulation that have come and are coming.

ii) The venison schedule while showing good signs of recovery was still not enough to lift prices for weaner hinds at the recent sales.

i) The overall satisfactory roll out of VelTrak last velvet season (issues such as lack of adhesive on tags are being rectified for the coming season).

ii) The continued increase in value and volume of velvet and the positive outlook for future developments in the market.

While uncertainty over regulation continues to weigh on farmers’ thinking, particularly with regards to greenhouse gas emissions pricing, the DINZ Board noted that many aspects provided confidence and hope for the continued growth and sustainability of the industry.

He Waka Eke Noa Programme Director Kelly Forster joined the meeting by video link and the chairs took full advantage of the opportunity to query aspects of the proposals.

Facilitator Michelle Rush and Farm Performance Manager Phil McKenzie helped explore options for building on the achievements of Advance Parties in a post-P2P era. Despite the success so far, many deer farmers remain unengaged with industry programmes and might be missing out on chances for productivity gains.

AgResearch’s Jamie Ward updated chairs on the co-innovation framework and explained how the system will help prevent good research “dying on a desk” after it’s been completed. (Incidentally, Jamie has joined the NZDFA Executive Committee following the retirement of John Somerville.)

As is now traditional at Branch Chairs events, DINZ Board members made themselves available for Q+A. They fielded a wide range of questions including concerns about environmental regulations, post-P2P options, increased OSPRI levies and the pressure being felt in the venison sector. Outgoing Board member Mark Harris said we should remember that Covid has been like “Hiroshima” for the industry, which needs to now focus on the positive signs emerging. A deer consultant was quoted as saying a $10–$11 schedule was needed for venison returns to compete with lamb.

The much-postponed Rising Stars velvet and hard antler competition has been rescued from oblivion by the Waipa DFA, who have offered to host the next event.

The 2022 Next Generation programme is going to be hosted in August by the Taihape-Ruapehu DFA, who are currently sorting out travel and accommodation logistics.

Support for the annual deer industry conference and other events such as Technology Expos has been declining despite big efforts by organisers and sponsors. Alternatives such as a biennial conference or this year’s travelling roadshows were discussed. The importance of a national get-together to celebrate awards and achievements shouldn’t be forgotten, one chair noted. 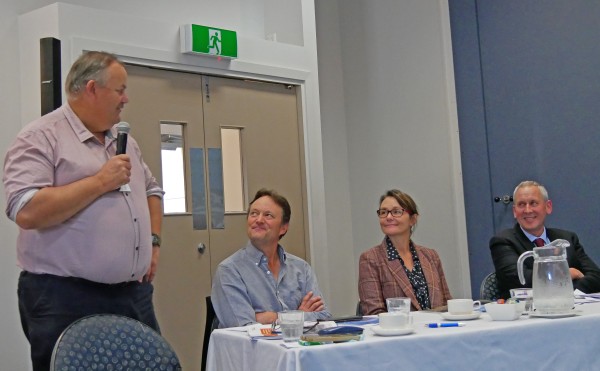 The highlight of the two days was without doubt the dinner at St John’s where several long-serving NZDFA members were acknowledged for their contributions to the NZDFA and the industry in general:

Richard Broughton who had served as Chair for the Northland Branch for well over two decades (even he couldn’t remember the exact date but was likely to be over 25 years).

John Somerville who was stepping down from the NZDFA Executive Committee after ten years, four of those as Chair.

Tony Pearse who retired from the DINZ Producer Management role at the end of last year, after serving the NZDFA for 20 years.

Paddy and Barbara Boyd were to be recognised as life members of the NZDFA but were unable to attend the dinner – they will be acknowledged later at the October Branch Chairs meeting. 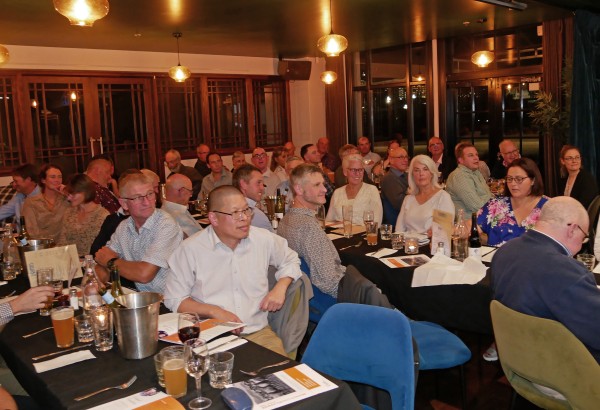 The following day a slightly smaller and more subdued audience attended the 47th Annual General Meeting.  Some audio problems resulted in delays for the handful of online attendees, but these were eventually resolved.  The NZDFA Executive Committee reports are provided in the 2021/22 Annual Report online here >>

The main issue raised was that the recent voting for the vacant Selections and Appointments Panel positions highlighted how that the requirement for postal ballots was both expensive and unsatisfactory due to variable times in delivering mail to NZDFA members and levy payers and the subsequent time to return the ballots.

A change to the NZDFA Constitution is required to allow online elections to be held and this will be presented as a remit to a Special General Meeting to be held at the October Branch Chairs Meeting.

Attendees generally reported enjoying the dinner and appreciating the opportunity to meet up and discuss concerns and re-establish contacts with other branches.  Unfortunately it did not take long for the first positive Covid case to emerge, quickly followed by many more.  At last count, six days after the event a total of 16 people had tested positive for Covid.

We wish everyone a speedy recovery and hope there are no ongoing issues.