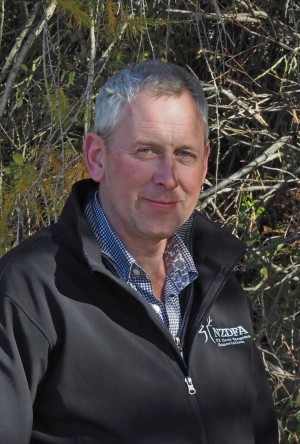 It has been 10 years since I first joined the DFA Executive Committee along with Grant Charteris, Kris Orange and Wilton Turner.

At that time the industry was slowly rebuilding itself from the venison collapse of the early 2000s.

The problems that we face have changed a lot over that time. Issues like TB and Johne’s Disease might have faded over time but can still raise their ugly head if we let things slip.

Velvet achieved market stability on increasing volumes during that time, but venison has struggled to even out the lows and is something we have to overcome to ensure farmer confidence. Farmer retention and farm succession have been central to what the NZDFA has to work on along with DINZ.

The new executive at that time was keen to introduce some positivity into our deer farmer members. It was soon after that, that we came up with the Next Generation idea. I remember at that time that everyone was saying there are no young people in our industry. Well as we found out there was, and after our first successful Next Generation conference in Queenstown, it has gone from strength to strength.

Joining NAIT was a huge issue 10 years ago and even now, we still have issues to deal with on that front. The lesson from NAIT is, get everything right at the start, as because of those early mistakes and underestimating what was needed, we have been playing catch up ever since.

The last decade has been about the environment from Regional Council plans to improve water quality and nitrogen loss, then followed by the new Labour government putting its oar in with its freshwater proposal. The deer industry was very lucky when DINZ made the decision to employ Lindsay Fung full time on environmental work. Lindsay gave the branches the resources and expertise they needed for submissions.

Recently with the Zero Carbon Act we have been dealing with agriculture’s proposal for pricing greenhouse gases, He Waka Eke Noa, which has been time consuming and stressful for the current executive.

The NZDFA is a unique organisation in agriculture but as the grass roots farmer face it adds so much to our industry and gives DINZ the connection it needs with its farmer levy payers. In my time on the executive, the NZDFA has been well supported by its branch chairs in ensuring that farmer concerns are heard and keeping the executive on its toes.

The relationship between DINZ executive and board has become a lot closer in the past decade, which has been a win for everyone. In my time I have had the pleasure of working with three DINZ CEOs, Mark O’Conner, Dan Coup and currently Innes Moffat, plus two board chairs Andy McFarlane and Ian Walker. The DINZ executive have been great to work with and always available at any time to talk and certainly showed a strong team spirit. I always enjoyed the warm hospitality when we arrived at the office for our meetings.

Andy’s push for improving on farm performance and farmer interaction led to the current P2P programme. While this programme has proved very successful it has led to some challenges for NZDFA branches as Advance Parties sucked a lot of the oxygen from branch activities and fostering leadership. As we move forward, we need to revitalise branch activities and leadership.

Being part of the Selection and Appointments Panel process has been a privilege and a big personal learning curve in the process of selecting board candidates. Over that time I was involved in interviewing lots of very talented people vying to represent our industry at the top level. The professionalism of the selection process is something that the industry should be proud of. It was very ably chaired in my time by David Stevens and Paddy Boyd.

The Producer Manager role is huge in the success of the NZDFA. We have had the great privilege of having the services of Tony Pearse for all my time on the executive, up until last year, when Tony retired. Tony’s contribution, and huge general knowledge of the industry can’t be understated. From last year we have been very lucky to obtain Lindsay Fung for this role and it has been great working with him since. The Producer Managers have been ably supported by Amy Wills, Cenwynn Philip and Rebecca Norling over those years and I have enjoyed working with them as they ensured everything was done on time and kept the executive up to speed.

In my time on the executive, I have had the fortune to work alongside Kris Orange, Wilton Turner, David Morgan, Justin Stevens, Grant Charteris, Mark McCoard and Karen Middelberg.

They have all been such a great team to work with. Their enthusiasm and passion for the industry was always inspirational and the NZDFA has been well served by them all.

With my departure I welcome Jamie Ward onboard and am sure he will add a lot to the team.

To the recent executive of Justin, Mark and Karen thanks for all your support of myself in the role as chair. I will certainly miss the huge number of phone calls we had as we discussed in depth all the current issues and the general comradery that the executive had.

As I bow out, I want to acknowledge what a great bunch of people we have in the deer industry. It has been a privilege to work with you all, as the people are the strength of our industry, though small it has great connectivity from top to bottom.

I wish Justin all the best in his role as chair, and am sure he along with Mark, Karen and Jamie will do a great job taking the NZDFA forward.