TB alerts for hunters during the roar | Issue 176


With the roar underway, there will be a lot of hunters in the hills. There will also be wild stags running along deer farm boundary fences looking like they belong in the freezer.

Both have implications for bovine TB control. In recent years farmers and OSPRI have made great progress with the eradication of TB from possums, cattle and deer across large areas of New Zealand. But TB is still a major biosecurity risk.

If you are putting wild venison in the freezer, or sharing it with family or friends, you don’t want it to come from a TB animal. Nor do you want infected animals spreading TB into your herd.

Fairlie deer farmer Paddy Boyd suggests that – before putting your rifle in the ute – it’s a good idea to bone-up on what TB looks like in a deer carcase. He says OSPRI has put together some great info for hunters in recent years. 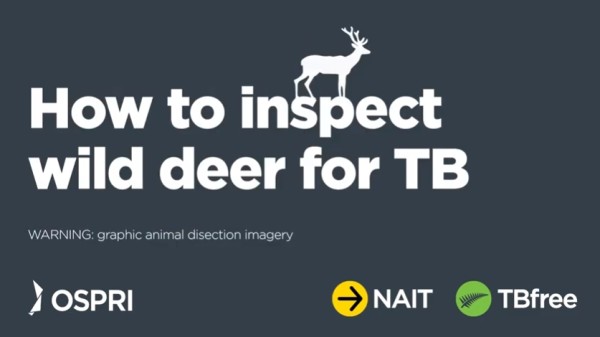 “There’s a pocket guide for hunters, but probably the most useful info is in a video on what to look for when gutting a deer or a wild pig. The videos show AsureQuality vet Steve Coll doing a post-mortem on a deer and a pig, looking at the most likely sites in the carcass where you are likely to find TB lesions.” 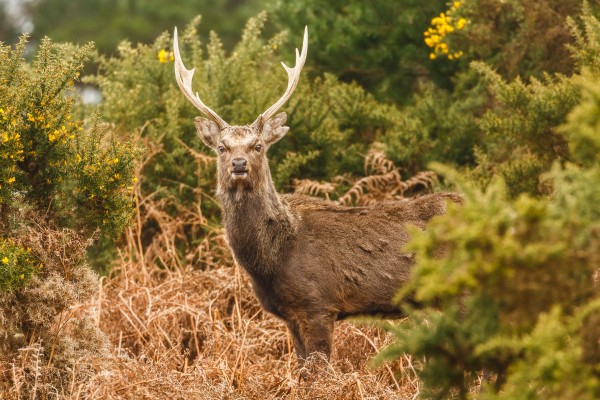 Adding to the TB risk is the illegal release of deer by hunters – particularly fallow and sika – in conservation areas and private bush blocks around the country.

Waikato deer farmer Leith Chick says feral deer are turning up in places where they have previously never been. He is particularly concerned about sika, as the main feral herd is located in the Central North Island and inland Hawkes Bay, where TB is present in wildlife. If infected deer are released by hunters in other regions this poses a real threat to farmed deer and cattle herds in those areas, as well as to native biodiversity.

“Farmers who suspect wild deer or pigs are being released on neighbouring bush blocks or farms need to treat this as a real threat. Anyone who has had TB in their herd will tell you what a hassle and expense that is,” Leith says.

“If the deer or pigs are being released on private land, let the biosecurity people at your regional council know your suspicions and they will take it from there. If they have been released on conservation land, give DoC a bell.”

For those deer farmers who like to do a bit of hunting away from their farm during the roar, OSPRI advises leaving the head and guts where the animal is killed. The head and upper neck are the most likely sites of infection, so leaving the head behind will reduce the risk of bringing the disease home with you. Not to mention making the carcass easier to move.

If you do take the head or whole carcass out with you, or shoot a wild deer or pig on your farm, dispose of the guts and any unwanted parts of the carcase in your offal pit.